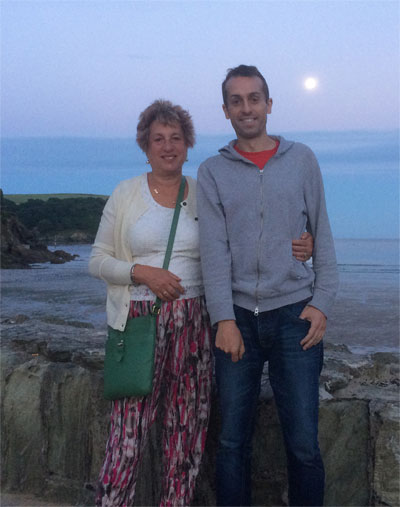 Ben Hyams was my friend and in every way a true Pioneer of PC Repair across the West Midlands.

Like all innovators, his fledgling company began in his bedroom where he taught himself to build his own PC. Computers was his passion and throughout his life he remained at the leading edge of technology.

Initially he fixed computer problems for his friends and family but Ben soon realised the public did not want to take their PC for repair to large companies operating in the High Street.

He identified the need for engineers to go to people’s home to resolve their computer problems.

He was truly Solihull’s Original PC Doctor and his central theme “We come to you” still remains true to this day.

The need for what he did widened quickly to Stratford and then throughout the West Midlands.

As the Internet grew, so did computer viruses. Ben diversified to removing software virus and installing proven Anti Virus packages for people. When I had such a virus, Ben came to my home with his all too familiar smile, check shirt and jeans, removed my virus quickly and it was off to his next job. Demand for what he did increased rapidly.

Because the major retailers charged a great deal for computers, Ben began to purchase base units for people as well as replacing routers and printers because he could offer much cheaper solutions and a better specification.

As Microsoft continued to release further versions of Windows, Ben moved forward to updating Windows for people in their homes.

By now smart phones and Apple computers became popular and so Ben diversified to setup Ios as well as placing the first Apps on phones.

One of the more common problems facing home owners was unreliable routers. Ben had become very experienced with computer home networking as well as Internet connectivity and was amongst the first to setup office networks and printers.

Hard drives on domestic computers had the tendency to fail which was catastrophic for families and companies and so Ben began to offer a very specialised service to recover that data and return with a new hard drive holding peoples documents and treasured photographs.

On one occasion, Ben took a rare and well-earned holiday and asked me to cover for him for 5 days. It was that experience that helped me appreciate the sheer scope of what he did because I found myself needing to phone him on holiday for advice. Even then he had set up his own network from his Hotel bedroom so he was always available because he was so committed to customer care.

Ben was a technical innovator throughout his life , always spotting business IT trends so he could be the first port of call for customer requirements. The family wished to pay tribute to Ben by continuing with his business which is growing from strength to strength and is number 1 on Google.

I miss my friend very much.